Spirit is the substantial source of “things” ; but “things” become opposed to Spirit; “things” are
passive and react.

Man, in his Automatic Self, is a “thing” ; he does not discern the source of his impulses, but
submits to them passively like a reed in the wind; he is their plaything when unaware of them, and
if he revolts against them he must suffer from their resistance.
Thus by the law of alternation he swings to and fro like a pendulum: effort-impotence; hope-
despair.

And the law of reaction means that the higher the rise, the more grievous the fall. Instead of this
one can learn to “live” the pendulum; and therein can Wisdom be found.
For the alternation is inevitable. To recognize it is to abolish the anxiety that comes of ignorance; to
have its measure is to be able to master it; not to resist it is to attain peace; and to use its impetus is
to increase one’s vital force.

The movement has four phases:

The will to power gives the impetus to mount, and pitiful indeed is the timid man who does not
dare to use it. False humility keeps his soul enslaved, taking a morbid satisfaction in his
wretchedness. This is the putrid virtue of mediocrity.

The aim of every tradition of wisdom is to gain possession of the “inner kingdom,” for to hold that
is the key to the “Kingdom of Heaven,” which is a kingdom not of this earth. But the man who
seeks it has his feet on the ground, and his body is his instrument. His personal form is the obstacle
he must overcome, but the Will to the Light reveals from time to time the Secret Being within him.
The true Name of that Being, though unknown to its bearer, is the thread that binds together all his
existences, and its consciousness is the “divine kingdom” in which the human Personality becomes
the servant of its Immortal Self.

This victory of the supra-human, being the highest aim we can have on earth, is not won without
striking a blow; and the Lower Self is both the weapon to be used and the intended victim. Its
resistance therefore is inevitable, and its instinct of self-preservation classes the Individuality as its
opponent.

But the prospect of power will draw it like a bait.

The power is perfectly real. Mastery of the physical body gives health and strength; mastery of the
emotions prevents one from being controlled by others, and opens the inward ear; mastery of the
mind, by which the arising thoughts can be either formulated or abolished at will, makes possible
intuitive vision.

The prospect of such power as this should surely suffice to overcome inertia. And we shall be wise
to use it, for it will give us the impetus to mount. Only we must remain alert to substitute the Will
to the Light for the will to power; for thus at every upward step the quality of the power will be less
personal and more altruistic, since it comes from mastery over the grasping instinct of our
egocentric nature.

The aim of the whole operation is to give the pendulum energy.
The moment of success is critical, for the notion of reaching the limit restricts effort and leads to a
falling back. This is where wisdom should intervene; for, realizing the instability of the success
obtained, it would accept the limit as the prerequisite of a new creative impulse, which will arise,
but not before its proper time. That is the secret!

Worldly persons dislike this game intensely, for if they make an effort they expect to enjoy the
fruits of it; so to prevent the falling back they use their willpower to insist upon a result and the
pendulum breaks.

The third phase of the pendulum is, mystically speaking, the compensation for the proud effort of
power, namely absence of will, which means acceptance, not of impotence but of the vital law of
alternation. It accepts the phase of descent without resistance, being certain that a new phase of
energy will follow. And in a similar way our understanding of the pendulum’s action can be
enlarged from the merely personal field to the universal.

The decisive moment is when the pendulum’s further movement is rejected by the proud man who
refuses to accept descent, and justified in him who does accept it.
For the humility of the sage is to understand that power is only knowledge of the law.
He who accepts the descent will find at the bottom of it the fruit of his awareness of it, namely
serenity and balance.

Thus is that peace attained which gives renewed impetus for a further rise by means of a legitimate
will to power.

The amplitude of the pendulum’s swing is determined by one’s own stage of awareness; but without
a fresh impulse it tends to diminish. This is the justification of the means suggested to set it going,
namely the arousing of a personal instinct in order to start the game which in the end will destroy
the personal attitude by forcing it to acknowledge the law of alternation.

Absolute cessation of alternation could only be the result of universalization of consciousness.
This path, which makes use of the contradictions in an individual’s nature, is the contrary of that
which tries to abolish weaknesses by denying their existence; that only creates inhibitions.
The pendular movement is continually exemplified in the alternation of dilation and contraction, and
we should learn to make use of it.

The air penetrates our bodies by the double movement of respiration ; and, like our lungs, the earth
itself expands and contracts.
All things living on earth partake of this alternation between dilation and contraction, inspiration
and expiration.

Dilation is the happy moment of expanding into oneness.
Contraction is the satanic function of materialization.
Both are necessary, but to use them wisely one must understand their motive forces.
Dilation is a gesture of union, of absorption into the Cosmos, without selection, opposition, or
separation. Its tendency is to expansion, to the breaking of bounds, to the fusion of all in All.

It is the absence of personal will, the opening of the heart without reserve, the attempt to escape into the
Abyss beyond the frontiers of matter. It is the upward movement of the pendulum; but the
pendulum falls inevitably back, since its point of attachment is on earth.

Its descent is the movement of expiration and contraction.
All things except the Absolute Unity are subject to this alternation; it is the most inexorable motion
in the becoming of the universe.

For this reason Wisdom does not seek peace in continual “Good,” without ugliness and without a
falling back, but rather in the skillful use of oppositions.
Dilation is inevitably followed by contraction, and therefore all progress, all generous expansion is
at once followed by a reaction. If you wish to know what the reaction will be, consider your private
motives for resistance, for it will take their character; and they will be your intellectual criticisms,
your doubts and rebellions, your skepticism and pessimism.

If you are not aware of this reaction, it will control you, and you may sadly conclude that the
progress which you made in the period of expansion has been all wiped out in the period of
contraction. Thus do men of goodwill, if they are ignorant victims of this lamentable seesaw,
proceed with their spiritual evolution at the speed of a tortoise.
To attain victory quickly, one must become aware of the contrary rhythm and learn to take
advantage of its movement in the antagonistic direction, just as a blacksmith uses the rebound of
his hammer to diminish its dead-weight; the anvil, by its resistance, throws up the hammer, and the
blacksmith requires less effort to bring it down again.
The rebound increases with repetition up to a certain number of strokes, determined by the fatigue
of the metal, which also needs its interval of rest.

Consider this law carefully, and draw the conclusion.
The phase of contraction is a necessary evil ; how can you make use of it?
Every action increases in amplitude if encouraged by a reaction.
Contraction is a satanic tautening of muscle in order to hold what one has grasped; it is the avarice
of Matter storing up its nourishment in itself.

It is the fear of losing oneself, the turning in upon oneself, the need to know one’s limits in order to
lock up the ego in an impenetrable shell.
Contraction condenses and concertizes. When you feel it coming over you, bring your progress
down to the material level; act, execute, write down what you have learned in the period of
exaltation. This is the exact opposite of what the Automaton does; he submits to the phase of
depression as a phase of impotence, and lets gloom and resentment torture him in vain.

The expansive phase, on the other hand, the Automaton uses up in exuberant action, distracting and
dispersing himself, in fact wasting and scattering the vitality that he receives in that phase.
One should observe this ebb and flow attentively, and use the pendular rhythm to increase one’s
strength. In the period of expansion one should seek silence, lengthen one’s meditations, and stay
quiet as much as possible in order to listen, to heat up the inner fire. You waste your treasure if you
yield to the temptation of externalizing your joy in talk and action. Your ardor should expand not
outwardly but inwardly.

For only calm and silence can give full power to the phases of impulse,
expansion, and self-giving, which will revitalize your being.
Exterior action should be reserved for the dark period of contraction. In this phase of harshness and
cold assert your conquests, materialize your dreams, and bring to concrete expression that which
you understood and assimilated in the phase of joy. Like the blacksmith, use reaction to assist
action, to give form to what you have conceived.

The astringent side of one’s nature can be used to give clarity and form to new knowledge.
And if the combative mood prevails in spite of everything, set it an absorbing intellectual or manual
task; this is much better than to let it impede your progress. 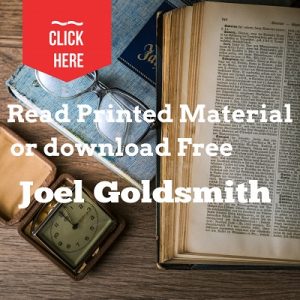