Let us Leave Jacob’s Well and Learn the value, the worth, which is worship, of Spirit and Truth, which Now IS:

Remember, that which is anti or against, or in the place of Christ, is always now is NOT.
It is always in the past or in the future. See Revelation chapter 17 and
others.

In the centre of the will of God I stand,
Naught shall deflect my will from His.
I implement that Will by love.
I turn towards the field of service.
I, the Triangle divine, work out that will
Within the square and serve my fellowmen,  Amen.

This chapter, like most, contains Deep Truths hidden in plain sight from the un-Instructed.

Fragment 17, on John 4:12-15 (In John 4:13, Jesus answered and said to her, “Whoever shall drink of this water shall thirst again. But whoever shall drink of the water that I shall give shall never thirst again.”) Insipid, temporary, and unsatisfying was that life and its glory, for it was worldly. The proof of it being worldly is the fact that the cattle of Jacob drank from it (i.e. the well). . . But the water which the Savior gives is from his spirit and his power. . .The words “shall never thirst again” mean that his life is eternal and never perishes as does the first (life) which the well provides, but rather is lasting.

For the Grace and gift of our Savior cannot be taken away, and is not consumed or destroyed in the one who partakes of it. The first life is perishable. . . (In John 4:14, “The water I shall give that one shall be a well of water within springing up into everlasting life.”) The words “springing up” (John 4:14) refer to those who receive what is richly supplied from above and who themselves pour forth for the eternal life of others that which has been supplied to them. . . (In John 4:15, The woman says to him, “Sir give me this water, that I shall not thirst, nor come hither to draw.”)

The Samaritan woman showed the kind of faith that was inseparable from her nature and corresponded to it, in that she did not hesitate over what he told her. . . Having been only just pricked by the Word, from then on she hated even the place of the so-called living water. . . Through her words, the woman reveals that the water was toilsome, difficult to obtain, and not wholesome.

Fragment 18, on John 4:16-18 (In John 4:16, “He said to her, ‘Go and call your husband and come hither.’”) It is clear that he was saying something like this, “If you wish to receive this water, go call your husband.” The husband of the Samaritan woman mentioned by Jesus is her Fullness, so that, on coming with him to the Savior, she may obtain from him power and union and the mingling with her Fullness.

For he was not speaking to her about her earthly husband and telling her to call him, for he knew quite well that she had no lawful husband. . . The Savior said to her, “Call your husband and come hither,” and meant by this her partner from the Fullness. . . In the spiritual sense she did not know her husband, in the simple sense she was ashamed to say that she had an adulterer, not a husband. . . (The words) “You have rightly said that you do not have a husband” (John 4:17) mean that in the world the Samaritan woman had no husband, for her husband was in the Aeon (i.e. Fullness). (In John 4:18: “You have had five husbands and the one you have now is not your husband.”) The six men indicate the whole of the material evil in which she was involved and with which consorted, when she lived irrationally in debauchery, and was insulted, rejected and abandoned by them (the men).

Fragment 19, on John 4:19 (In John it says “The woman said to him, ‘Sir, I perceive that you are a prophet.’”) The Samaritan woman acknowledged what was said to her by him. For it is characteristic of a prophet to know all things. . .

She behaved in a way suited to her nature, for she neither denied, nor explicitly acknowledged her shame. She was convinced that he was a prophet and, by her question, she revealed at the same time the reason for which she had committed immorality.

Because of ignorance of God and of the worship agreeable to God, she had also neglected all the things that were essential for her life, whereas what is necessary in life was always otherwise available to her. For she would not have come to the well which was outside the city. . .

Wanting to learn in that way, and pleasing whom, and worshipping God, she might be released from her immorality, she said “Our fathers worshipped on this mountain; and you say that in Jerusalem is the place where men ought to worship.” (John 4:20)

Fragment 20, on John 4:21 (In John it says, “Jesus said to her, ‘Woman, believe me, the hour is coming when neither on this mountain nor in Jerusalem will you worship the Father.’”) The mountain represents the Devil, or his world, since the Devil was one part of the whole of matter, but the world is the total mountain of evil, a deserted dwelling place of beasts, to which all who lived before the law and all Gentiles render worship. But Jerusalem represents the creation or the Creator whom the Jews worship. . .

The mountain is the creation which the Gentiles worship, but Jerusalem is the creator whom the Jews serve. You then who are spiritual should worship neither the creation nor the Craftsman, but the Father of Truth. And he (Jesus) accepts her (the Samaritan woman) as one of the already faithful, and to be counted with those who worship in truth.

Fragment 21, on John 4:22 (In John, “You worship what you do not know; we worship what we know, for salvation is of the Jews.”) The “you” stands for the Jews and the Gentiles. . . We must not worship as the Greeks do, who believe in the things of matter, and serve wood and stone, nor worship the divine as the Jews. They who think they alone know God do not know him, and worship angels, the month, and the moon.

Fragment 22, on John 4:22-23 “We worship” means the one who is in the Aeon (i.e. the Savior), and those who have come with him. For they knew whom they worship because they worship in truth.

The words “salvation is of the Jews” are said because he was born in Judea, but not among them and because from that race salvation and the Word came forth into the world.

As far as the spiritual sense is concerned, salvation came from the Jews because they are images of those who are in the Fullness. . . (In John 4:23, it continues, “But the hour is coming, and now is, when the true worshipers will worship the Father in spirit and truth, for such the Father seeks to worship him”).

For the previous worshippers worshipped in flesh and in error him who is not the Father. . . They worshipped the creation and not the true creator (cf. Romans 1:25), who is Christ, since “all things came into being through him, and apart from him nothing came into being.” (John 1:3)

Fragment 23, on John 4:23 continued Lost in the deep matter of error is that which is akin to the Father, which is sought after in order that the Father may be worshipped by those who are akin to him.

” Worthily of the one who is worshipped, in a spiritual, not a fleshly fashion. For those who have the same nature as the Father are themselves spirit, and they worship in truth, not in error, as the Apostle teaches when he calls this kind of piety “ a rational service.” (Romans 12:1, 2) 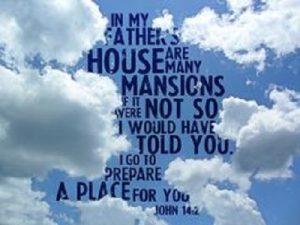 Did you know that you can move from Fate to your Destiny? Don’t let what you don’t know control you!  Click Here for this Free Course