The Infinite Way reveals the nature of God to be one infinite power, intelligence, and love; the nature of the individual being to be one with God’s qualities and character, expressed in infinite forms and variety; and the nature of the discords of this world to be a misconception of God’s expression of Himself in His universe.

The Infinite Way is not a religion… but an experience in spiritual living. There is no organization, no structure, no rules, no church buildings, no congregation, no dues, and no bureaucracy. ‘The Infinite Way’ is composed solely of the inspired works of Joel based on his revelations and experiences: the more than fifty-one books he authored, and the more than twelve hundred hours of his lectures and classes.

During his life Joel Goldsmith asked for no remuneration for his healing work but he did take it if offered. He also did not participate in overt advertisement of his books and tapes, knowing instead that people would find them as they needed them

Spiritual Discernment of the Bible

The Art of Meditation Audio 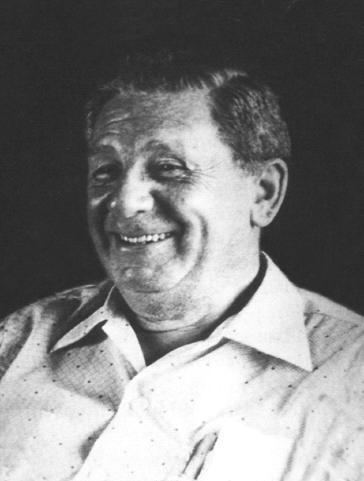 Joel S. Goldsmith was born in New York City on March 10, 1892.[3] His parents were non-practicing Jews, who were married in New York City in 1891. Joel was their first child. They had another son two years later, followed by a daughter two years thereafter.

In 1915, Joel’s father became critically ill while in England and word was sent to the Goldsmith family to come for the body. However, according to Joel, his father was healed by a Christian Science practitioner in London.[3] From his early adulthood, Joel Goldsmith had many spiritual experiences.

He was a healer who spent many years in spiritual studies, reading original scriptures of Aramaic, Greek and Sanskrit origins. His first book, The Infinite Way, was published in 1948.[4]

After serving in the Marines during World War I, Goldsmith returned to work in the garment district of New York City, where he owned his own business. While on a return trip from Europe, he developed pneumonia. As was his father before him, Goldsmith was healed by a Christian Science practitioner who happened to be on board his ship at the time.

In 1928, strangers began approaching Goldsmith on the street, asking for prayer and healing. He had no religious training whatsoever, but these people allegedly were healed. To seek answers about this phenomenon, Goldsmith first entered the Christian Science Church and worked at Rikers Island prison as a First Reader. After 16 years, he left the Church and moved to Boston, where he set up his own office. He moved to California before World War II and maintained a successful healing practice there.

In 1948 Goldsmith wrote the book The Infinite Way, which came to the attention of Willing Publishers. The book’s title also became the name associated with his spiritual message and work.[5]